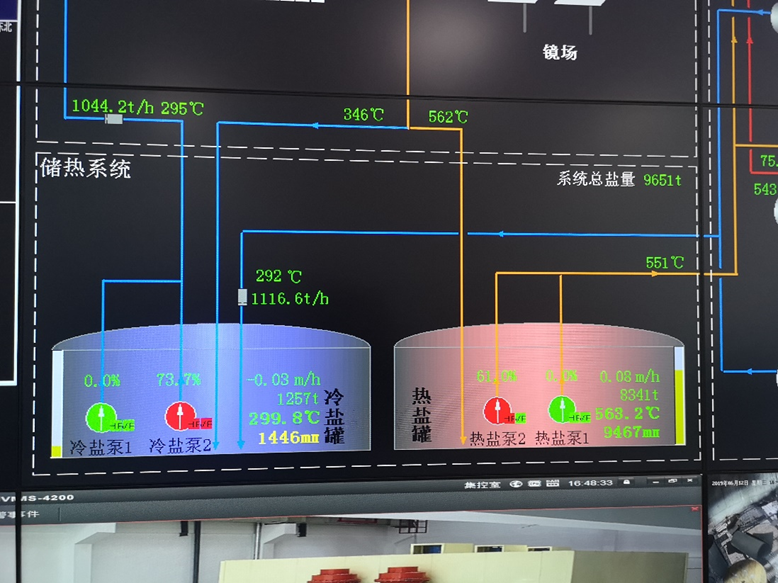 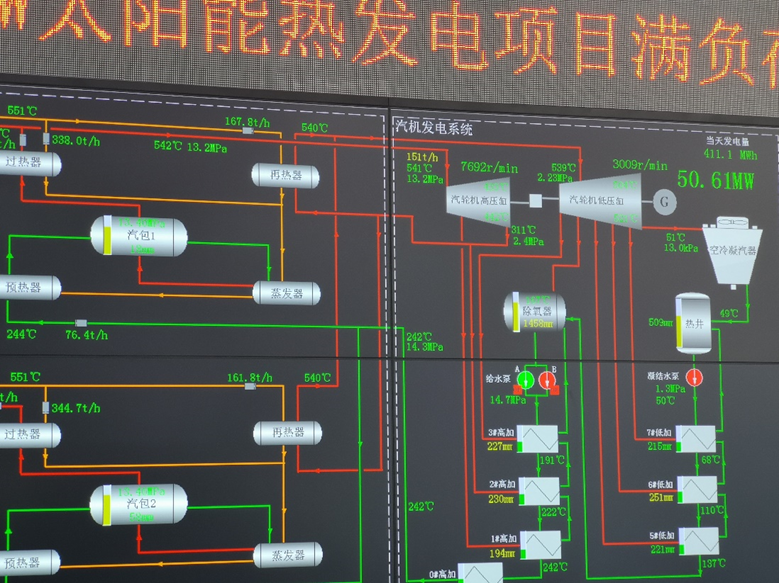 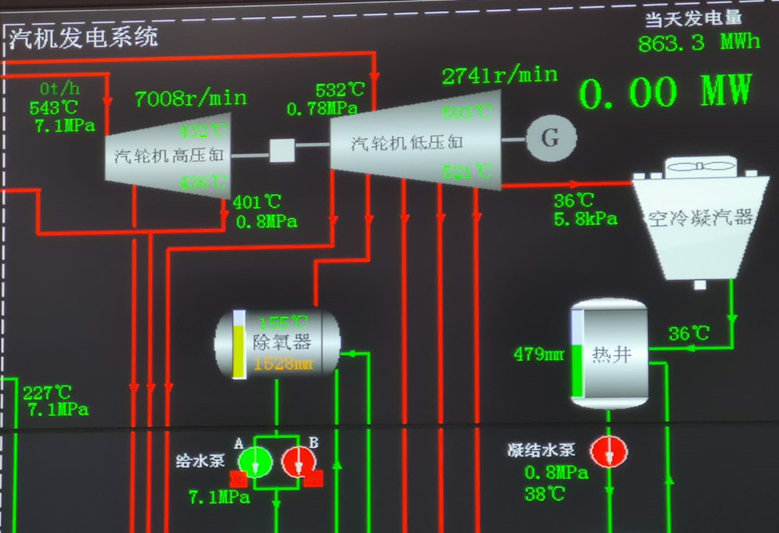 SUPCON SOLAR Delingha 50MW Tower CSP Plant was synchronized to the grid on Dec.30th 2018, and reached full-load operation on April 17th 2019. Since May 26th, the actual electricity output against the predicted value of the performance model has exceeded 85% for two consecutive weeks, during which the figure has reached over 100% for three days. 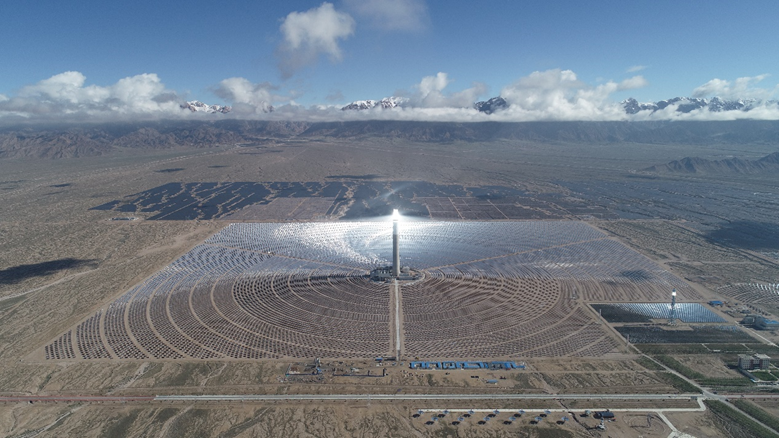 Photo 4: The plant in operation

Photo 5: The plant in operation

SUPCON SOLAR Delingha 50MW Molten Salt Tower CSP Plant, one of China's CSP Demonstration projects, is installed with a 7-hour molten salt storage system and designed to generate 146GWh electricity annually. The project was launched on March 15th, 2017 and was synchronized to the grid on Dec. 30th, 2018, and it is designed and constructed based on SUPCON SOLAR's fully patented technologies, over 95% equipment are domestically sourced.