The plant was synchronized to the grid on December 30th, 2018. The major activities of the first half 2019 were trail operation, defect elimination and tests for technical acceptance of CREEI（China Renewable Energy Engineering Institute）.

From October, the plant started running for performance test. The DNI of the month was 170.9 kWh/㎡ and the power generation was 10.399GWh with achieving rate of 85.6%.

Notably, the plant has been running stably with improving performance in the first quarter of performance test (from October to December 2019). The cumulative power generation of the plant reached 33.661GWh of the quarter at DNI 501.06 kWh/㎡, achieving 92.1% of the expected power generation. This figure was well beyond expectation and overlooked the performance of its peers at same stage.

The designed annual electricity production of SUPCON SOLAR Delingha 50MW CSP Plant is 146GWh under the TMY(Typical Meteorological Year) condition with DNI 2043kWh/㎡. The DNI for the previous quarter was 501.06kWh/㎡,based on the performance model developed by SUPCON SOLAR, the theoretical power generation of the quarter is 36.5569GWh. If calculated in proportion, the theoretical power generation will be 35.8075GWh (146GWh*501.06/2043）,which is 2% less than the value based on the performance model. In view of the frequent sunny days of winter in Delingha, the energy conversion efficiency will be higher than expected, which means the deviation will be far less than 2%. Therefore the performance model is featured with high accuracy. 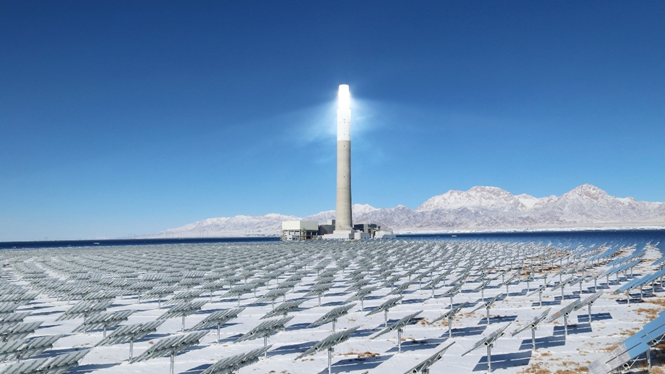